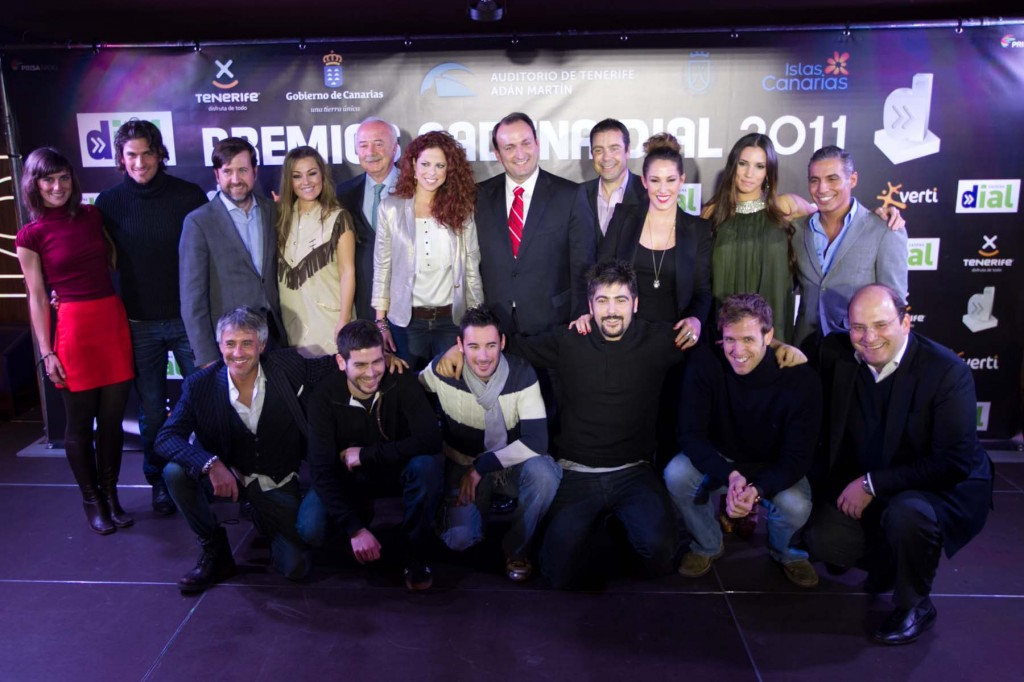 For the sixth year running international radio network Cadena Dial has chosen the Auditorio de Tenerife Adán Martín to host its annual awards gala. On February 22 coinciding with Carnival, the XVI edition of the Premios Dial awards will honour the best of music in Spanish at a ceremony which will bring together the current top musicians in Spanish. Among this year’s winners are Laura Pausini, Malu, Luis Fonsi, Pitingo, and Antonio Orozco

The gala was announced recently at a press conference at 40 Café in Madrid during FITUR, attended by Ricardo Melchior, president of Tenerife’s island authority and Carlos Alonso, first vice president of Tenerife’s island authority and Tenerife’s tourism chief. Also present were the CEO of Prisa Radio Spain, Alejandro Nieto, Jordi Finazzi, CEO of Prisa Music, and Director of Cadena Dial, Juan Carlos Chaves.
Also on the list of winners is Pastora Soler, Pablo Alborán, Amaia Montero, India Martinez and Hugo Salazar and the bands Maná and Estopa. As in the previous five years, Premios Dial 2012 will be awarded at a gala that will be presented by Oscar Martinez and Carmen Ramirez, well known voices on the Cadena Dial radio station.
Proceeds from the event-this year tickets will be on sale to the public- will go to humanitarian projects such as Caritas Tenerife and Sonsoles Soriano Foundation for the care of disabled people

The event will be broadcast by Televisión Canaria and Cuatro TV, via streaming at www.cadenadial.com and by the radio stations in the eight countries where PRISA’s radio network operates: Cadena Dial in Spain and America; Bésame FM in Colombia, Mexico, Costa Rica and Panama; Imagina in Argentina; Corazón Chile and Radio Caracol in the USA. The ceremony will also be broadcast by 40TV in Spain and by A & E, the cable television network that reaches over 40 million homes in Latin America.

The Gala Awards 2011 will dial an audience of 27 million viewers and will be issued by Televisión Canaria and Cuatro TV, streaming through cadenadial.com and radio stations of the eight countries with Prisa Radio is this: Chain Dial in Spain and in America: Kiss FM Colombia, Mexico, Costa Rica and Panama; Imagine Argentina, Chile and Caracol Radio Heart USA. Also be delivered by 40TV in Spain and A & E, cable television reaches over 40 million homes in Latin America.