German bookings with a weak start into 2020:  German bookings for most leading package holiday destinations started with a downturn in January, the latest monthly figures from Amadeus showed. Overall bookings for the ten biggest destinations dropped by 9.8% last month, which was the fourth consecutive monthly decline. January is normally a key month for holiday bookings as Germans aim to secure their preferred dates in their favourite beach holiday hotels. Eight leading destinations recorded weaker bookings compared to January 2019, when nine out of the top ten suffered falls. The main winner in January was Hurghada with a 7.8% rise, which was its third consecutive month with higher sales on the German market. Rhodes (+2.2%) was the only other major destination to win more bookings. Antalya dropped back last month with a 5.6% year-on-year decline in package and online bookings through Amadeus systems, although it remained the biggest single destination. Once again, all the top Spanish destinations saw bookings decline in January. Palma (-16.1%) suffered a double-digit decline for the fourth consecutive month. In the Canaries, there were double-digit falls for Fuerteventura (-11.9%), Las Palmas (-25.9%), Tenerife South (-23.6%) and Lanzarote (-21.7%).Greece also saw weak demand (apart from Rhodes) with lower bookings for Heraklion (-11.6%) and Kos (-24.2%), according to the Amadeus figures.

ITB Berlin 2020 – Display halls fully booked: ITB Berlin is in strong demand, and with 10,000 organisations and companies from over 180 countries attending it is booked up again this year. “At present the effects of the coronavirus are very limited. To date two Chinese exhibitors have cancelled. A large number of Chinese stands are run by staff from Germany and Europe and are thus not affected by cancellations. Overall, the percentage of exhibitors from the People’s Republic of China is low.”, said David Ruetz, head of ITB Berlin. The focus of this year’s ITB from 4 to 8 March 2020 is on Oman, the official partner country of the event. In their role as emerging tourism destinations the other Arab countries are also strongly represented, for example in Hall 2.2, where all the emirates can be found. Saudi Arabia is making an impressive debut and occupying a 450 square-metre, two-storey pavilion on the outdoor display area between Hall 2.2 and the CityCube. After suffering a massive decline in visitors Egypt is back as a tourism destination and represented by numerous hotels and resorts in Hall 4.2. The Africa Halls (20 and 21) were booked up at an early stage. There is news from the Asia Hall (26), where Pakistan and Bangladesh are exhibiting for the first time. In the America/Caribbean Halls (22 and 23) exhibitor numbers have increased too. Bolivia is returning after a two-year break. Overall, bookings for the Europe Halls have remained stable. Turkey (Hall 3.2) is occupying a smaller stand this year but remains the largest exhibitor at ITB Berlin. In spite of Brexit Britons have retained their wanderlust and the UK continues to be a holiday destination, as evidenced by the stand of Visit Britain in Hall 18, which is the same size as last year. In the Germany Hall (11.2) Saxony is occupying a larger stand.

Air Italy stops operation: Italy’s second largest airline, Air Italy, stops operation. Scheduled flights until February 26 are to be operated by other airlines during the regular flight times. Tickets for later flights will be refunded, the airline announced Qatar Airways holds a 49 percent in the airline based in Olbia. The airline employs 1.400 people.

Hainan Airlines cancels Berlin flights: According to Travel Counter Hainan Airlines also draws consequences from the spread of the corona virus and cancels flights on the connection between Berlin-Tegel and Beijing until March 28.

Cruise market continues to grow: The demand for cruises continues to grow. While the industry in Germany recorded just three percent more guests in 2018 according to the Cruise Line International Association (Clia), things went up again in 2019. Clia reports an 18 percent increase in passenger numbers in Germany for the first three quarters. The strong summer months are likely to have a disproportionate impact. The fvw has now determined the figures for the entire tourism year 2018/19 and has a participant growth of 14 percent and an 11 percent increase in sales.

TUI is benefiting from Thomas Cook collapse: TUI, Europe’s biggest tourism group currently has a 14% rise in tour operator holiday bookings for this summer, slightly ahead of its capacity increase and with average prices up by 3%. After a 9% rise in turnover for the winter season, CEO Fritz Joussen is predicting high single-digit revenue growth for the year as a whole. TUI aims to win 500,000 additional customers in Germany this year and as many as one million in the UK. However, the total tour operator market is likely to shrink this year, partly due to reduced flight capacity, Joussen noted. For the year as a whole, TUI is now expecting underlying operating profits in the range of €850 million to €1.05 billion compare to €893 million last year.

Eurostar plans new connections to London: According to media reports, Eurostar plans the deployment of new express trains to connect London with other cities in Europe. The direct connections could reduce the travel time from Cologne to London to two and a half hours; by plane it would take about one hour and 15 minutes. From the British capital to Frankfurt would then take three hours and 20 minutes. The starting station would always be London-St Pancras, north of the city centre. The starting date is not set yet. The Eurostar fleet of 27 trains has operated so far with direct connections between London and Brussels, Paris, Marseille, Amsterdam and Rotterdam.

Mixed business in major German cities: The Berlin hotel industry had a good January. The daily rate increased by 1.9 and the Revpar by 1.5 percent. And despite a 0.5 percent decline in occupancy, the result was satisfactory, as the forecast was a minus of five percent. Things went even better in Düsseldorf: the relevant key figures were all up. The situation was different in Frankfurt and Hamburg, in Cologne the Revpar fell by 18 percent and in Munich it fell by 25 percent.

Two new Kairaba hotels: FTI opens two new Kairaba hotels near Bodrum in May. The Kairaba Blue Dreams has 291 rooms, seven restaurants and six bars. In the wellness area, adults can relax while children in the mini club are looked after by German-speaking staff. Spread over several buildings in a garden, the Kairaba Bodrum Imperial has 375 rooms. Guests can relax on the large pool area, on the hotel’s own sandy beach or in the spa. The all-day buffet restaurant, as well as an Italian and a Lebanese à la carte restaurant, offer culinary variety. 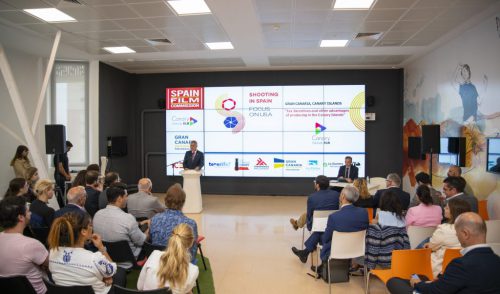