By boletín on 2 diciembre, 2019No Comments

The demand of Russians for autumn trips increased

Turkey, Tunisia, Spain, and Cyprus have become the most popular destinations for autumn trips among Russian tourists. According to the Association of Tour Operators of Russia, the number of outbound tour bookings for September and October increased by 10-25% this year.

According to the experts, Russians save more this year. The demand of Russians for tours planned for the beginning and the end of the tourist season increased. Hotel accommodation at this time costs 20-30% cheaper than in the high season.

Two planes collided on the runway at Sheremetyevo Airport

The planes of Royal Flight airlines and Aeroflot touched wings while being towed. Aeroflot’s liner was about to leave for Beijing with passengers on board and empty Royal Flight charter Boeing 777 was being towed at the time of the collision.

A total of 229 people had to be evacuated from Aeroflot Airbus A330-343 after the plane’s wing was hit by a charter aircraft.

Antonio de La Morena Ballesteros became new tourism counselor and director of The Tourism Department of The Embassy of Spain in Moscow, previously he held a senior position in Turespaña. Also, he was a director of Spanish tourism board in Guangzhou, Beijing, Paris, London, Dublin, and The Hague. Antonio is a graduate in law and has a master’s degree in Maritime business.

The powers of the tourism department of the Embassy of Spain in Moscow extend to the whole territory of Russia, as well as other CIS countries – Belarus, Georgia, Moldova, Kyrgyzstan, Armenia, Azerbaijan, Kazakhstan, Tajikistan, Turkmenistan, and Uzbekistan.

Russian tourist flow to Malta increased by 21% in January-May

Over the first five months of 2019, there is also an increase in tourist flow on the other markets: the tourist flow from Hungary to Malta increased by 38%, from Slovakia – by 32%, and from Lithuania – by 27%.

According to Anna Filatovskaya, the director of the Advertising and PR department of Russian Express tour operator, the most popular vacation time for Russian group tourists in Malta is still 7-9 days.

On September 5, Vladimir Gunik became an acting director of the tourism department of the Ministry of Economic Development of Russian Federation. Previously Vladimir worked in The Federal Agency for Tourism of the Russian Federation as a head of the internal tourism and state programs department. Georgy Mokhov, a chairman of The Russian Union of Travel Industry, said that Mr Ganic has great relevant experience and he is aware of tourism industry problems.

According to the Ministry of economic Development, this decision is not final, so Vladimir Gunik temporarily takes the post of head of the department. 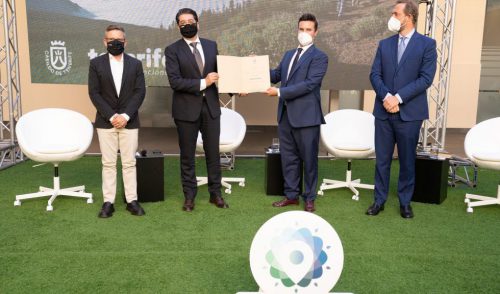