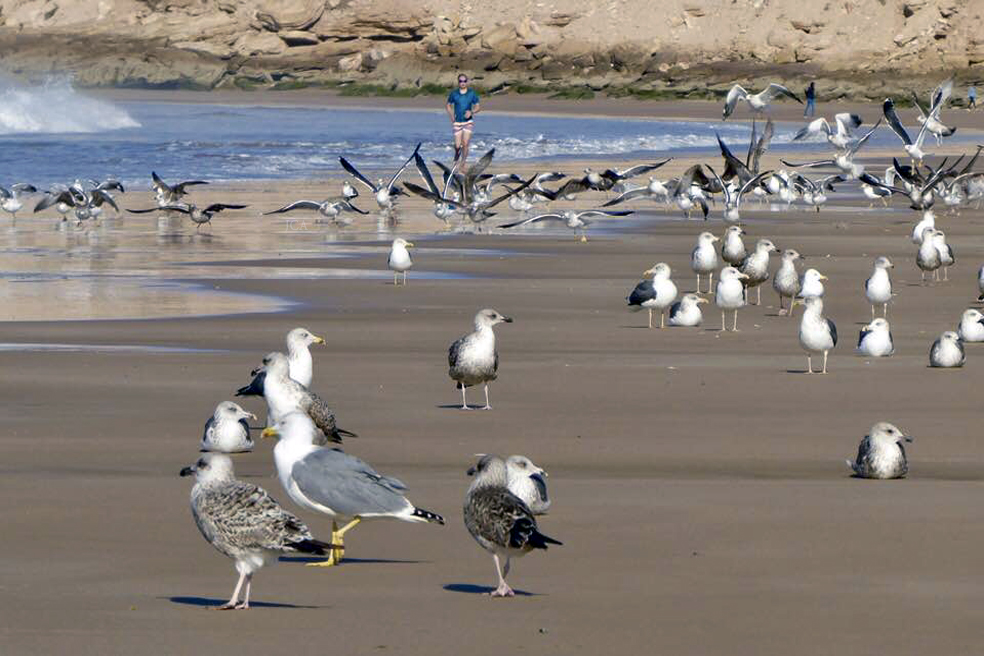 Summer sales: France is popular but the heat wave is emptying the agencies….

The summer period and its two months of school holidays are synonymous with going on holiday. «These are not very busy periods, but the first signs of winter sales in 2019 and 2020,» confirms Yves Verdié, of the eponymous tour operator. Nevertheless, it announces that it is 3% ahead of June and July 2018.

Could the heat wave be a brake on sales? «Is it the heat wave, the bashing plane, geopolitics? Sales are on a roller coaster ride, some weeks ago very good and others much less so. There is no longer any regularity of purchase,» observes Yves Verdié. For TUI: «The heatwave effect has led to a phenomenon of waiting on the part of the French. » TourMag

If 2017 was the year of sustainable tourism for the WTO, it is undoubtedly 2019 that the words ecology, environment or overtourism or compensation came up most often in the columns of L’Echo. This is a sign of an awareness of the sector, which has been translated in recent months into multiple commitments. While the task is difficult, the signals of change are coming from many actors in the sector. The committed speech of BlaBlaCar’s founder Frederic Mazzella, during the last Travel d’Or, reminded us that there is no «B planet». Echo Touristique

Is Airbnb out of the woodwork in the way it collects the tourist tax?

The tourist tax was introduced to finance the promotion of the territories. Initially collected from French hoteliers and campgrounds, the new consumption patterns of travel have broadened its scope. For two years now, Airbnb’s customers have been obliged to pay the tourist tax. And on January 1, 2019, Airbnb was forced to collect the famous local tax instead of the hosts on the platform. However, the platform does not make the difference in the age of travellers on the payment of the tourist tax. As a result, even travellers who are normally exempt from paying this tax find themselves having to do so. TourMag

The return of historic destinations is redistributing maps in the Mediterranean basin, while the major long-haul destinations remain on track. Greece remains first among the top ten most popular destinations, according to the latest barometer of the Union of Tour Operators (Seto). However, both on the islands (-8%) and on the mainland (-6%), the destination is declining. The podium is completed by the Balearic archipelago, which is also down (-13%).

The return of some historic destinations in the southern Mediterranean explains, in part, these decreases in patronage. Tunisia ranks fourth (+23%) in the ranking, closely followed by Morocco (+2%), growing despite strong disintermediation. In the second part of the ranking, the Canary Islands (-14%) and continental Spain (-13%) are experiencing significant decreases in attendance. The prices of Spanish hotels and a quality/price ratio that is not always there do not always stand up to competition from other destinations. Turkey, like Tunisia and Morocco, posted strong growth (+59%) and ranked ninth in the ranking. Echo Touristique

Transavia’s development: under what conditions for Air France?

Transavia will be able to grow and develop without limits. The vote of the Air France SNPL on Wednesday morning, July 31, 2019, is further good news for Benjamin Smith, CEO of Air France – KLM. Indeed, the national company’s majority union has supported the group’s low-cost development project. Until then, the fleet was limited to 40 aircraft and it will be able to expand without any limits, as stated in the document we were able to consult and which is distributed to the company’s pilots. With only 42% of flights in France operated by low-cost airlines, compared to 70% in the United Kingdom, the margin for manoeuvre is high. TourMag

Find & Fly: a new function to prepare trips according to your budget

Find & Fly, a platform created by Pro Sky, launches a new feature that will allow companies to better prepare their business trips according to their budget. A year ago, the aircraft charter company Pro Sky launched Find & Fly, a platform designed to simplify the organisation of air transport for professionals. Today, the company is launching a new feature on this platform called Destination Finder. The goal: to help users find accessible destinations with charter flights according to their budget. This function is mainly intended for travel agents, event organisers, purchasing managers and tour operators. Tom Travel

Summer dossier: the fragile year of the tourism giants

The tourism industry is constantly facing challenges. Its most emblematic actors, such as Thomas Cook and TUI France, are having a complicated year. The greats of tourism are wavering. Thomas Cook, the inventor of tour-operating, concluded the first half of 2018/2019 with a debt of €1.7 billion. Thomas Cook now has to find new money to get through the winter. While reinventing its business model, the tour operator could fall into the trap of the Chinese giant Fosun, which already owns Club Med.

For TUI France, the situation is no clearer. Entrenched in the crisis since 2012, the French subsidiary of the world leader in travel is unable to find a balance, not to mention profitability. Forced to restructure, the headquarters in Levallois-Perret will have to take decisions. The sale of Corsair, which marked the departure of the CEO of tour operator Pascal de Izaguirre, was a first. Echo Touristique

The transaction is expected to be formalized next week and this is a takeover and not a merger between Australia Tours and Jetset as discussed in recent days. The Premium Travel group, the parent company of Time Tours/La Française des Circuits and East West Travel (Australia Tours, Alma Latina, Asia Infiny), will complete the acquisition of all the activities of Jetset Voyages, owned by the Italian group Gastaldi, which has been present on the French market since 1986, by mid-August for an undisclosed amount. Le TO has 22 employees. TourHebdo