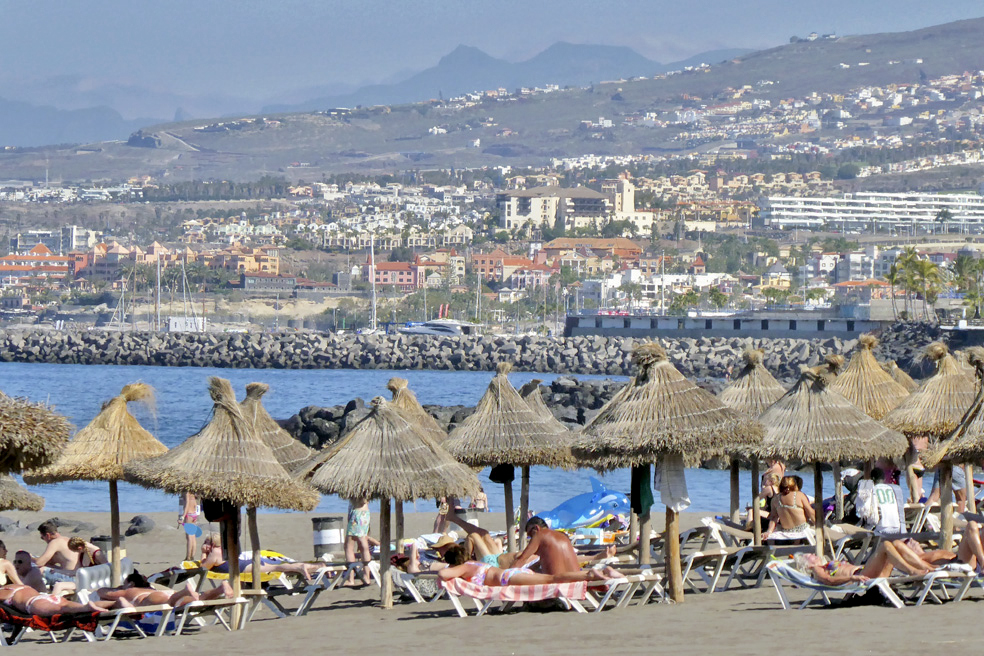 Top 10 travel destinations draw the balance: As fvw reported, the top 10 destinations for package holidays continued to reduce their backlog in bookings in July. The largest declines were at Fuerteventura with more than 25 percent. However, the individual destinations conclude very differently. The bottom line for online and offline bookings for last-minute and package holidays is a minus of 1.6 percent compared to the same month last year. As in the previous months, Antalya (plus 10.2 percent) is one of the winners in July. Among the Greek targets, Kos (+21.7 percent) scored best. Rhodes (minus 5.4 percent) and Crete (minus 6.4 percent) are below the previous year. The picture for Egypt is also inconsistent. Hurghada (plus 11.2 percent) is clearly ahead, Marsa Alam (minus 1.6 percent) still has to catch up. The Spanish top 10 goals are partly significantly behind. Palma de Mallorca (minus 10 percent) is still best. For the Canaries, only the rear ranks remain: Tenerife with minus 17.4 percent, Gran Canaria with minus 18.1 percent and Fuerteventura with minus 25.7 percent remained very low compared to the same month last year.

Sales revenues remain negative: In July, travel agency sales continued to deteriorate. As the Tats-Reisebüro-Spiegel reports, tourism is 5.5 percent down on the previous year said also FVW. The order situation until October, however, returns to the plus zone. The summer still does not come up to speed. Based on the turnover invoiced in July, the travel agencies have to accept a minus of 5.5 percent compared to the same month of the previous year, according to the analysis of the tourism travel agency Tats-Reisebüro-Spiegel. The cruise segment is also at a similar level below the previous year. Only the «other» sales, under which the Tats summarizes rental car, train and own events, in July jumped up in percentage terms. However, their absolute height is apparently not enough to bring the total sales out of the minus. It is still almost two percent below the previous year. Not much better is the cumulative view since January of the invoiced sales. Only the cruise and the other sales are in positive territory. With an eight percent plus, the cruise is not bad, but it has to accept a decline: In June, the cumulative plus was still 11.3 percent. The situation looks a bit more positive, considering the order intake until October. In tourism, this is slightly up on the previous year at 0.6 percent. However, this plus could have been higher if the cruise was not. Their order intake in July is 7.5 percent down on the previous year. Since the Tats-Reisebüro-Spiegel looks at the booked sales, this should also be an indication of the drop in prices that is currently recorded in the cruise.

Lufthansa Group will expand tourist-oriented long-haul program from Frankfurt and Munich in summer 2020: Lufthansa Group published yesterday, that the group is consistently continuing the expansion of its tourist-oriented long-haul program from its hubs in Munich and Frankfurt. Beginning with the 2020 summer flight schedule, leisure travelers in particular will benefit from attractive new destinations. The focus is on North American destinations – as of next summer, Lufthansa will be expanding its services to include Las Vegas, Phoenix, Anchorage, Seattle, Orlando, Detroit. In addition, Bangalore, a destination in Asia, is added to the timetable in Munich. The majority of the flights will operate in cooperation with Eurowings, which will be using a fleet of Airbus A330 aircraft with up to 270 seats. Eurowings will already be present at Germany’s largest hub in Frankfurt beginning with the 2019/2020 winter flight schedule that goes into effect in late October, offering flights to the popular holiday islands of Barbados and Mauritius as well as to Las Vegas and Windhoek. From Munich, Eurowings has been offering long-haul connections to selected tourist destinations since Summer 2018. “Lufthansa Group is significantly increasing its commitment at the Munich hub and continuing its expansion to a hub for Asia with the addition of Bangalore. At the same time, Lufthansa Group is one of Europe’s largest providers of holiday travel. Demand in this area in particular is rising sharply. We will therefore be expanding our long-haul program from Munich and Frankfurt in cooperation with Eurowings in addition to the offers that have already been planned for Fall 2019. Lufthansa’s feeder flights and the Frankfurt and Munich hubs will make it even easier for our passengers to reach the most beautiful places in the world in future,” says Harry Hohmeister, Member of the Executive Board of Deutsche Lufthansa AG and Chief Commercial Officer Network Airlines. Lufthansa will support the marketing of the new Eurowings long-haul destinations with its global sales strength and with high-quality service processes on the ground. “With the new 2020 summer destinations from Munich and Frankfurt, we are demonstrating once more how we combine the strengths of the two airlines to the benefit of our customers: with a product range tailored to holidaymakers and families and with a fresh, modern, innovative on-board product from Eurowings – supported by Lufthansa’s marketing and sales power. This superb line-up allows us to position Lufthansa Group in the growing long-haul tourist market,” says Thorsten Dirks, Member of the Executive Board of Deutsche Lufthansa AG and CEO of Eurowings.

Finnair passengers support biofuel flights: Finnair will be flying with biofuel for the first time this week, entirely based on the push for change initiative to reduce CO2 emissions. Travelers can participate in the purchase of biofuel in this program.The first «push for change» flight with a biofuel blend of 12% started on August 5th from San Francisco to Helsinki, the next on August 7th. The use of biofuel reduces the CO2 emissions of the two flights by around 32 tonnes. «The launch of our push for change initiative was a significant step for Finnair. It gives our customers the ability to easily offset or reduce the emissions from their trips, «said Arja Suominen, SVP, Communications & Corporate Responsibility at Finnair.» We have been very pleased with the initiative so far and are looking forward to the first two flights with biofuels fully supported by «Push for Change.» Of course, we hope that our customers will continue to support this initiative in the future. « Finnair’s biofuels partners in San Francisco are SkyNRG, World Energy and Shell Aviation. The sustainable biofuel in California is made from waste oil that does not compete with food production or the agricultural industry.

Itravel compensates for CO2 emissions of its customers: According to fvw, Itravel now pays compensation for its customers’ CO2 emissions to Atmosfair. The amount is calculated individually according to the Cologne organizer. Voluntary compensation covers every kilometer through transport routes and all land services at the destination, according to Itravel. These include, in addition to the arrival and departure as well as transfers and hotel accommodation. For each customer, depending on the CO2 consumption, an individual compensation amount is paid to Atmosfair. «Representing our customers, we take responsibility for the environmental compatibility of our trips,» says Axel Schmiegelow, CEO and Founder of Itravel. The price for the booked travel does not increase for the customer thereby, the costs bear the organizer, so Schmiegelow on. Instead, Itravel wants to save elsewhere, such as marketing spending. «Instead of spending a lot of budget on advertising as usual in our industry, at Itravel we rely on the persuasive power of our portfolio and the recommendation of our eventful itineraries (…)», says the Itravel managing director. The CO2 compensation is the responsibility of the travel provider and should not be imposed on the customer. Itravel offers personal and long-distance travel in more than 70 destinations.

Anex Tour enters the cruise business: Fvw stated that the Anex Tourism Group, whose boss Neset Kockar recently boarded a share with Thomas Cook, has acquired a ship owned by the British shipping company Saga. The ship used to be Europe for Hapag-Lloyd Cruises. The Anex Group has acquired the ship Saga Sapphire from the British company Saga. The ship was commissioned in 1982 by Hapag-Lloyd as Europe. The Hamburg shipping company sold the ship ten years later, since 2012 it drove for Saga, which specializes in travel and financial products for the 50+ generation. According to Saga, the ship will be handed over to Anex in mid-2020. Anex chairman Neset Kockar, who has acquired eight percent stake in Thomas Cook, then claims to offer from Antalya «unique Mediterranean cruises». According to fvw information, the ship will be used with 328 cabins, especially for guests from Russia and other Eastern European countries. Anex is one of the largest tour operators in Russia, Ukraine and Kazakhstan, as well as in Poland and the Czech Republic.