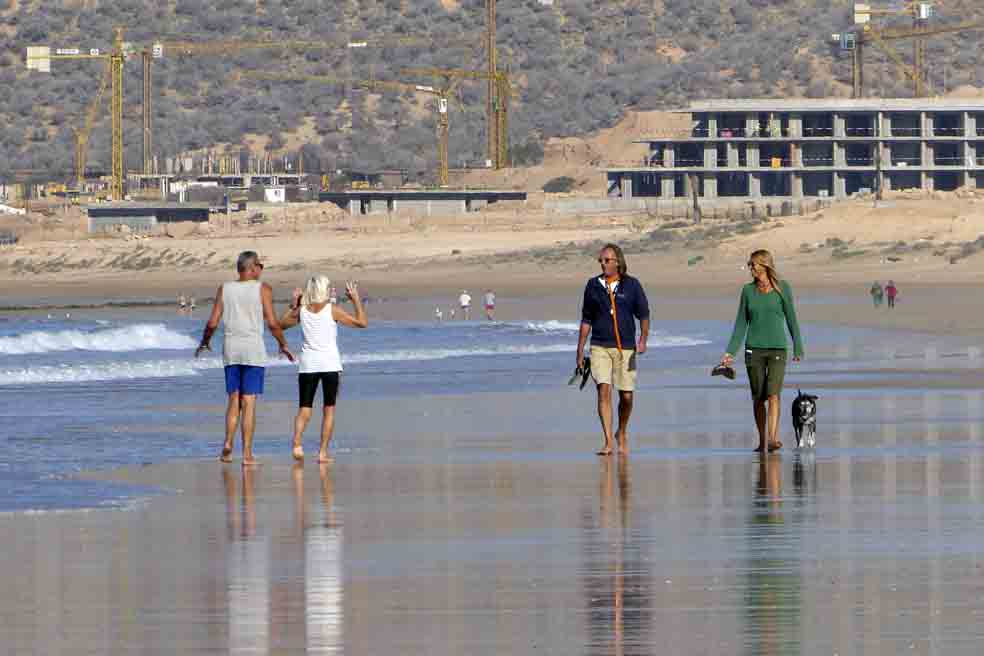 Last minute departures: there are still places left in Tunisia

According to travel distribution professionals, particularly on the Internet, the bookings processed during the first week of July were, for all destinations combined, average but nothing more. Thus, for lovers of last-minute deals, there is still stock left on many destinations, including Tunisia, which is opening the way for tariff offers for Djerba, Hammamet and Sousse-Monastir with packages for this summer starting at less than 500€ per person, including air transport to and from Paris, transfers to and from hotels and 7 nights stay in All Inclusive in a 3* hotel. La Quotidienne

Peru’s e-learning is undergoing a makeover

«Peru Agent», Peru’s online training program has just been updated. It consists of five online training modules, combining videos, computer graphics, tips and itinerary suggestions, and the latest news about the destination. The modules are divided into several themes – «Introduction to Peru», «Culture», «Gastronomic City», «Luxury», and «Adventure». In 2018, 300 travel agents took part in the e-learning offered by the destination. A sales challenge is also organized on the platform. The best-selling agents will participate in a draw for a place in the 2020 eductour. Echo Touristique

School holidays have just begun and the first departure trends are optimistic. According to a barometer published this morning by Les Entreprises du Voyage (Edv), the proportion of French people who organise their holidays abroad using the services of a travel agency has increased by 4% for long-haul destinations and 2% for medium-haul destinations (in terms of number of passengers). The average basket is also up by around +4%. On medium-haul routes, Southern European destinations continue to lead the way again this summer: Spain, first, then Greece and Italy are the 3 best-selling destinations, although they are a little bit blamed. Tunisia, Turkey, Morocco and Egypt are coming back in force and are gaining market share. Tour Hebdo

According to the EDV barometer (Amadeus-Orchestra), summer is rather positive in agencies. One in five French people will go abroad this summer and three quarters of them have chosen a «medium-haul» destination. Another good sign is that Turkey, which suffered last year, is returning to normal levels of attendance, according to the EDV-Orchestra/Amadeus barometer. Tunisia (+22%) and Egypt (+22%) are catching up with their attendance levels before the «Arab Spring». It took more than eight years for these two countries to find «their» tourists. Le Quotidien du Tourisme

What do social networks tell us about the latest travel trends?

The specialist in the management of influencing relationships, Traackr, has just unveiled its 2019 report on trends for tourism professionals, in terms of travel, hotels, transport, booking platforms, etc. Five main lessons emerge from the study conducted in 2018 on a panel of 5782 influencers based in North America and Europe. On the one hand, it is family trips that receive the most mentions (identifications under publication through hashtag) among influencers. Le Quotidien du Tourisme

Volotea: Marrakech and Lanzarote from Strasbourg in December

Volotea has announced the launch of two new lines from its Strasbourg base to Marrakech-Menara and Lanzarote. These flights will take off respectively from December 2019 throughout the year (except July-August) and from December to April 2020 for Lanzarote. Both lines will be operated at the rate of one flight per week. TourMag

With 9 new routes from France, easyJet is getting closer to the 290 routes from France. And for the launch of these flights, the company has chosen to focus on Morocco, since 6 flights will be heading towards the country. Nantes will now be connected to Agadir, Tangier and Berlin, Toulouse to Tel Aviv and Agadir, Nice to Tangier and Agadir. Bordeaux will be connected to Tenerife all year round twice a week on Wednesdays and Saturdays. TourMag

Airline tickets: the government announces an ecotax of 1.50 to 18 euros

The government will introduce from 2020 an ecotax of 1.50 to 18 euros on air tickets for all flights departing from France, except to Corsica and Overseas France and except connecting flights, announced Transport Minister Elisabeth Borne on Tuesday. The ecotax, which will only apply to flights departing from France and not to those arriving, will be €1.50 in eco-class for domestic and intra-European flights, €9 for business class flights, €3 for non-EU eco-class flights and €18 for business class flights, it is specified. Echo Touristique

The takeover of Thomas Cook by Fosum Tourism seems increasingly likely: in a press release, the British group announces «advanced discussions with Fosun Tourism (also owner of Club Med, NDLR) and its main lending banks to inject GBP 750 million of new funds». Nevertheless, «the activity of the airlines would remain the property of Thomas Cook Group plc», says the tour operator, founded in 1841. The group’s profitable airline business would now be owned by Thomas Cook’s «banks and [other] debt holders». Echo Touristique