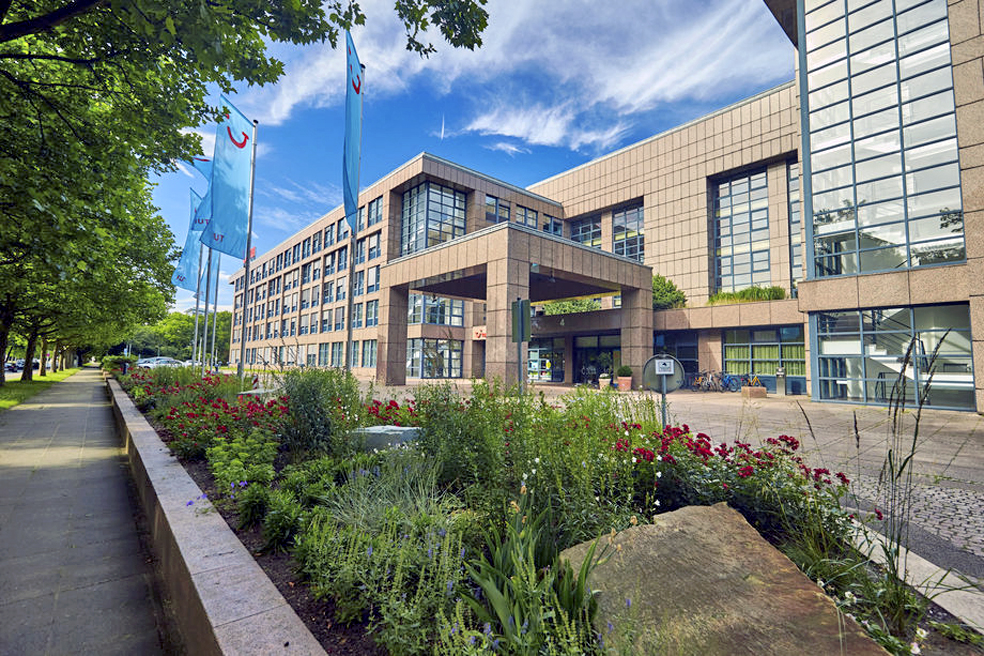 Using customer data to sell more:OTAs such as Edreams Odigeo are experts in using customer data to sell more than just the original booking. CTO Carsten Bernhard will explain how this works and where data-driven travel sales are heading at the fvw Kongress. What do customers need after the initial booking before, during and after their trip? The Opodo parent company wants to invest more in this post-booking part of the business. Rivals from Expedia to Booking are also focusing on broadening their portfolio and expanding from flight or hotel specialists into all-rounders by offering other products such as car rentals, tours and destination experiences.The key to addressing customers at the right moment is smart data analysis, according to Bernhard. “As the leading flights seller in Europe we have access to 18.5 million customers, to information such as travel destinations and dates, to the number of travellers and their preferences,” he points out. The stock exchange-listed OTA now wants to use this data more intensively in order to make its customers suitable offers for additional travel products and services. Edreams Odigeo will rely heavily on machine learning and self-teaching algorithms to do this. The group can already make more than eight billion predictions a day in order to meet individual preferences and make suitable travel offers.CTO Carsten Bernhard will explain how this all works and where data-driven travel sales are heading at the fvw Kongress, which takes place on September 17 and 18 in Cologne. His presentation is part of the OTA-focused session: “The winner takes it all. The strategies of Online Travel Agencies.»

Germans go for Greece:According to FVW, leading German travel trade magazine, Greece was the big winner among top destinations last month as Germans finally started booking summer holidays in bulk, the latest monthly package holiday booking figures from Amadeus show. Bookings were up for four of the ten biggest destination airports in June, marking a clear turnaround in demand after poor bookings for most destinations since the start of the year (click on interactive graphic to see previous months’ figures). Greece’s three biggest destinations for German holidaymakers enjoyed the best year-on-year growth. Heraklion, the main Crete gateway, continued the previous month’s slight growth with a 10.1% rise on June 2018 booking levels. Rhodes generated a solid 10.7% increase after two weak months, while bookings for Kos soared by a quarter compared to last year. Antalya, the largest destination airport with nearly a third of all bookings for the top ten, returned to growth for the first time since January with a 2.2% rise. But all other top destinations continued the recent pattern of lower bookings. In Egypt, both Hurghada (-10%) and Marsa Alam (-9.6%) failed to profit from an apparent general improvement in demand on the German market.The long-running downturn in bookings for Spain continued last month with declines for all the big destinations, which had already seen lower bookings in the same month last year. Palma, the second-biggest destination with 23% of all bookings for the ten biggest airports, dropped by 8.1%. Majorca’s international airport has seen lower bookings on the German market every month since February 2018, according to the Amadeus figures. Once again, demand slumped for the Canary Islands on a year-for-year basis. Fuerteventura was the worst performer with a heavy 29.8% slump, the latest in a series of high double-digit falls. But Las Palmas(-15.7%) and Tenerife South (-19.7%) both also suffered serious falls as holidaymakers turned away from the Spanish islands. Amadeus Leisure IT (formerly Traveltainment) claims to handle the bulk of offline (travel agency) and online bookings for tour operator holidays on the German market, making its booking figures a reliable indicator of demand trends.

Egypt builds on German tourism comeback: As FVW reported, Germans look likely to keep flooding back to the Red Sea next winter, prompting tour operators to expand their portfolios, but Egypt could face tougher competition due to price cuts in the Canaries. Egypt has been one of the big winners on the German travel market over the last year thanks to attractive prices and as consumers win back confidence in the destination. German visitor numbers soared by 40% to 1.7 million arrivals in 2018, outpacing an overall 35% rise in international tourists, according to the latest fvw Destination Ranking dossier. The positive trend has continued this year, according to German tour operators, and could generate further double-digit growth. TUI’s tourism director Stefan Baumert said demand for Egypt holidays has “significantly increased” compared to last summer. FTI, the largest tour operator to Egypt, reported “a positive trend for all Egyptian destinations, including the Nile and Cairo” and “high double-digit growth” for the forthcoming winter season. Alltours said it has “a high rise in customer numbers”. Prospects for winter 2019/20 therefore look good, even though the main rival destination, the Canaries, is likely to be priced more competitively this time. Egypt benefited from high prices on the Spanish Atlantic islands last winter. But tour operators have avoided further increases for the Canaries next winter, and Alltours has even secured a 3% price reduction.

Seat reservations at the Lufthansa Group are more expensive:The Lufthansa Group is increasing the fees for reserving standard seats by two euros. The new fee will be introduced for the network airlines Lufthansa, Austrian Airlines and Swiss. According to a sales note the price increase, which will be valid from 23 July, affects price zones 1 (Europe) and 2 (Intercontinental near) by two euros. Thus, the reservation for European flights now costs twelve euros and 15 euros for intercontinental ones. An immediate fare adjustment is introduced for the Economy Class on flights to North America. In the booking classes K, L, T, S and W the increase per roundtrip is 20 Euro. This applies to the three network carriers of Lufthansa, Brussels Airlines as well as the partners Air Canada and United Airlines.

TUI cuts 450 jobs in Germany:  Leading German trade magazine FVW said, TUI is cutting 450 jobs in Germany to streamline operations as it seeks to digitalise more of its business. Most of the job losses will be at the head office in Hanover, where the bulk of the German market leader’s 4,000 staff are employed. According to TUI Germany chief Marek Andryszak the job reductions should take place within the next two to two and a half years. Main reason for the cuts is the change of structures that are occurring through digitalisation. The TUI boss declined to say how much the company would save though the downsizing.The 450 job losses will be spread through all levels of the company. TUI Germany recently announced plans to step up omnichannel sales through an expanded ‘com’ website as more and more Germans book holidays online rather than through travel agents.

New selling platform: Amadeus Tour Market has a new graphic selling platform for package tours. It is supposed to simplify the query and the search for package travel from currently ten promoters. Additionally it allows an exact sarch. The new search criteria include, for example, specific locations or flight times. Advanced search criteria such as «Pool», «Families» or «Beauty & Wellness» can also be integrated. The graphic presentation of the package offers all relevant information including hotel photos and descriptions at a glance. If necessary, you can switch between the graphical package travel search and the classic Toma mask.

First cruise ship powered by battery: The first cruise ship that can be powered by battery started for its first cruise – the expedition ship Roald Amundsen. The cruise line Hurtigruten took over the ship form the shipyard. Its hybrid drive is supposed to reduce CO2 emissions by more than 20 percent compared to other ships of the same size. First of all, the Roald Amundsen sets out on expedition voyages along the Norwegian coast to Hamburg, Spitsbergen and Greenland before crossing the Northwest Passage. After traveling along the west coast of North and South America, the ship will travel to the far south for the full 2019/20 Antarctic season.

Plantours offers again cruises in the Mediterranean:After a break of five years, Plantours offers again cruises with the Hamburg in the Mediterranean. Starting in the spring of 2021 the organizer focuses again on routes beyond mass tourism. For example, the ship navigates from Seville on the Guadalquivir River to the sea and goes via Gibraltar, Almeria, Formentera, Sicily, Gozo and Nauplia to Athens. An Adriatic route from Venice leads to Rovinj, Dubrovnik, Sicily, Sardinia and Ibiza and ends in Malaga.

The serviced apartment sector in Europe continues to grow:According to HVS, an international consulting firm specialized on hospitality, the serviced apartment sector in Europe continued to see strong momentum during the last 12 months, in both demand and supply. The sector continues to innovate, alternative concepts such as co-living, co-working, student accommodation and home-sharing are merging with the serviced apartment concept, creating hybrids as a response to changing demand behaviours. Demand for serviced apartment accommodation remains vigorous across Western Europe. RevPAR performance in 2018 in Europe indicates that the sector is still growing at a quicker pace than the traditional hotel industry. The development pipeline continues to accelerate across Europe and is set to approach 23,600 additional units by 2022, making it one of the most active sub-sectors in the hotel industry. The UK and Germany represent the vast majority of the total pipeline (similar to the hotel pipeline), although the market continues to experience further diversification in secondary and tertiary cities. The HVS survey says that serviced apartments account for roughly 10% of the total hotel loan portfolio in Western Europe. The lending criteria remain broadly similar to hotels, although lending parameters are somewhat different for serviced apartments outside of gateway cities.

Generation Z: What do they want from their hotel stay?Generation Z: born between 1995 and 2010, these digital natives have become an important influence on people of all ages and incomes, according to a Mc Kinsey report.   In particular, they are changing the way we consume and relate to brands. This has far-reaching consequences for hospitality, making it essential for hotels to take notice of what Gen Z wants from a hotel stay experience—and to ensure they provide it. TECH: It’s no longer enough to have free internet in your properties. Offerings now need to extend to seamless Wifi for multiple devices, hiccup-free video streaming, and Internet functionality that integrates with hotel systems such as mobile check-in and room access, bill payment, and even ordering capabilities. SOCIAL MEDIA: With Gen Z being always online and completely comfortable with social media, it’s vital for hotel brands to have strong, active presences on social media that guests can connect with at any time. That means up-to-date profiles, frequent postings, interactive communication on multiple channels, and a solid social marketing strategy. Research shows this group typically logs up to 10 hours a day of screen time.  COMMUNITY: Gen Zers are focused on aligning with a community culture and the ability to meet and mingle with others is an important part of travel. Hotels that offer communal seating, social hubs, dining and common areas for guests wanting to interact with others deliver the atmosphere they’re looking for. FOOD: Food-related activities are a huge part of the Gen Z experience, they want sharable food with photo-worthy presentation, made from plant-based, ethically-sourced, and locally-available ingredients. VALUE FOR MONEY: Gen Z is keenly aware of economic insecurity and determined to get value for money. They take advantage of lower costs for alternative accommodation with less emphasis on luxury and comforts, a factor that has contributed significantly to the rise of services like Airbnb and ride-sharing apps like Uber. A recent study from UNiDAYS and Ad Age found Gen Z students actually prefer staying at hotels than booking Airbnbs, which is a reverse trend that’s good news for hotel chains across the world. LOCAL: They want authentic local experiences rather than traditional, guided touring. It’s important for hotel brands to offer opportunities for guests to enjoy local food and entertainment as part of a cultural immersion in the community.