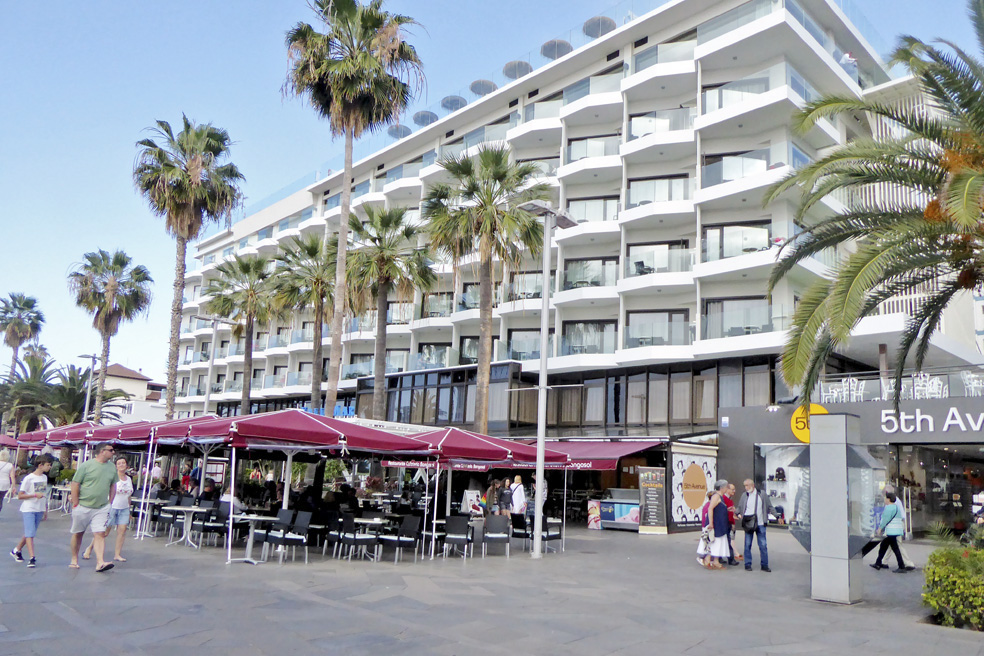 Deputy Foreign Minister of the Russian Federation Mikhail Bogdanov is quoted by the media stating that the charter flights between Russia and Egypt may resume soon. “The final agreement of the charter flights to Sharm-El-Sheikh and Hurghada will be signed soon”, — Bogdanov said.

Due to low load-factor the tour operators cancel or reduce flights from Moscow to Crete and Heraklion, and from St. Petersburg to Rhodes.

Other players also decreased their flight volumes. According to experts, by the beginning of the summer season the volume of the declared transportation from Moscow to Heraklion was the same as last year. But the start of the season provides that the volume of declared charters was excessive. According to ANEX Tour, the company increased the share of tours based on the regular flights to Crete and Rhodes. However, it cut down the number of own charters from five to three flights a week. There are some players in the market managed to increase the flight’s programs. According to the head of Greek TEZ TOUR operator, Dimitris Haritidis, the flights increased by 10% and as a result the company’s market share on Crete increased to 15%, on Rhodes – up to 16%, and in the Peloponnese – up to 60%.

According to statistics from the airport of Heraklion, in the first half of the year the number of tourists from Russia fell by 20% compared to the figures for the same period of 2018. Experts explain this by increased competition with domestic sun&beach destinations in Russia.

29% of respondents will go for sighseeing and guided tours during their travel, and 23% of Russians will prefer sun&beach destinations. 13% will spend their vacation in the countryside. 7% of the respondents prefer fishing and hiking, and only 3% choose cruises.

The most popular domestic destimations are named the Black Sea, Baikal Lake, Altai, Kamchatka, and Karelia regions. Russian travellers named Italy as a favorite destination outside Russia. As for long-haul destinations, the Maldives and resorts on private islands are considered the dream destinations by respondents.

Mouzenidis Travel Company started selling tours to the Maldives. Russian and Kazakh tourists would be able to go to the islands from 10 Russian and 3 Kazakh cities. According to the tour operator, the range of the destinations was extended due to the wishes of the Mouzenidis’ retail partners. The tour operator offers various flight options – both direct flights by Aeroflot and connecting flights by Qatar Airways, Emirates, Turkish Airlines, Etihad Airways, and Oman Air. Mouzenidis Travel works with 27 hotels of different price categories on the Maldives.

Mouzenidis Travel started selling tours to Qatar in April 2019. And now the tour operator plans to create a special offer combined Maldivian and Qatar destinations’ tours in the upcoming winter season. Mouzenidis Travel keeps expanding the range of exotic tourist destinations, the company is going to start selling tours to Mauritius, the Seychelles, and some countries of the Middle East soon.

Amandatour, an Italian DMC based in Florence, is likely to declare bankruptcy according to Russian media reports last week. The market share of Amandatour in Russia is almost 60% and 80% in Kazakhstan and Ukraine. Since the company is the main provider of services including on-ground logistics and hotels for all Italian tours, the damage to travel partners can be dramatic if the company will have to stop operations.

The media reported the financial problems of Amandatour when the clients with prepaid tours had to provide cash or card deposits for their stays in the hotels. Amandatour reps denied the problems but the Russian tour operators confirmed that the hotels were asking for new payments saying that the guests will not be able to get their accommodation due to accumulated debt of Amandatour. Vice president of the Russian Union of Tour Operators (RST) notified ENIT about the situation and requested to verify the status of Amandatour as a liable partner. Meanwhile the Russian tour operators distribute a special request to Italian hotels to provide accommodation as per earlier bookings to Russian travelers, even if Amandatour has not paid for the rooms. Several travel industry media reported on Thursday that the Russian travel companies try to negotiate with Italian hotels late payments or partial advances.

Most of the companies are not willing to confirm their current contracts with Amandatour in fear that they will lose business. The situation may affect the image of Italy as the preferred destination for Russian travelers as well as cause material losses for the Russian companies.

Visa-free travel between Russia and Maldives

The agreement on visa-free travel between Russia and Maldives came into force on July 25. Now Russian citizens can stay in the Maldives for 90 days on tourist trips and in transit without a visa. The same applies to Maldivian citizens traveling to Russia. But if they plan to work, study or permanently reside here, they’ll still need to get a special visa.

Earlier the Russian Foreign Ministry reported that the Maldives are a popular tourist destination for Russians. In 2018, over 38,000 Russian citizens had a vacation there.

Tourists and business people will be able to visit St. Petersburg with a simplified electronic visa starting this fall, according to President Vladimir Putin’s new orders. Putin promised to announce e-visas to foreign visitors in 2021 as he vies to collect $15.5 billion in annual tourism revenue by the end of his presidential term in 2024.

The 30-day e-visa program will come into force in St. Petersburg and the Leningrad region starting Oct. 1. The travelers will be able to stay in Russia for eight days out of the 30-day validity period.

Now tourists all over the world have difficulties with obtaining Russian visas, and they consider it a barrier to visit this country.