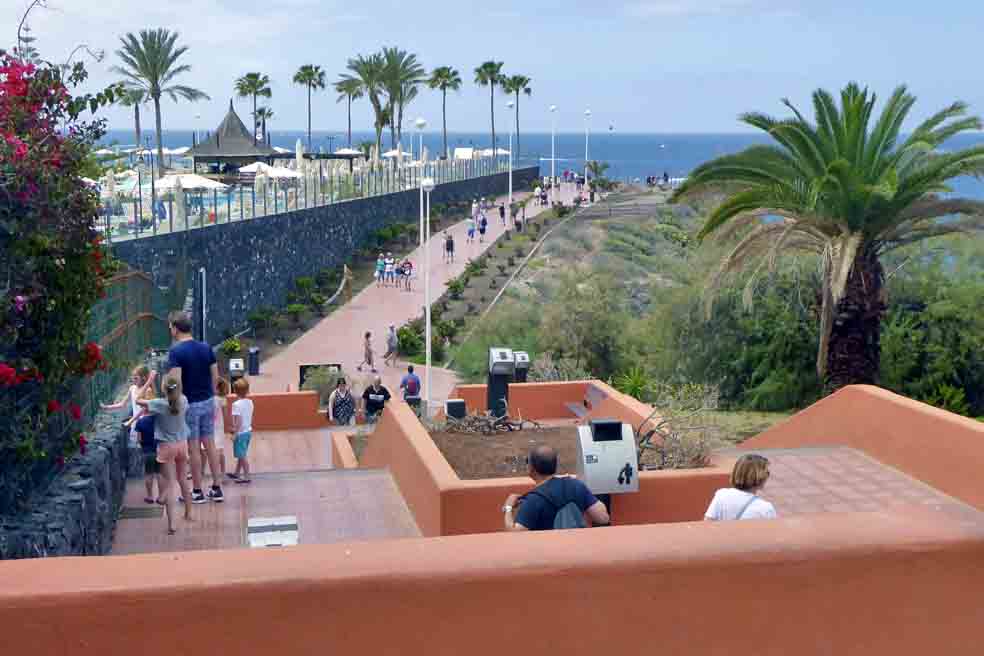 Judgement – Reimbursement for package travelers only from the tour operator: According to Countervor9, one of the German trade magazines, Package travellers can only claim their reimbursement from the tour operator and not directly from the airline in the case of a cancelled flight. This was decided by the European Court of Justice (ECJ) on Wednesday in Luxembourg. This would also apply if the organiser had to file for insolvency in the meantime. For their part, the EU member states would have to ensure that travel operators insure themselves in the event of bankruptcy so that their customers do not have to pay the costs. Passengers who were already entitled to reimbursement from the tour operator could not additionally claim this from the air carrier, the judges ruled. This would lead to an «unjustified excess of protection» of passengers to the detriment of airlines. The rights to reimbursement provided for in the EU directive on package travel and in the EU regulation on air passenger rights cannot be «cumulated», the judges explained. Otherwise, airlines would be held responsible for parts of the tour operator.

From 2020, France will collect environmental tax on airline tickets:Reisevor9, one of the German trade magazines reported, that from next year 1.50 Euros will be charged for Economy Class Tickets on domestic and intra-European flights. The tax on business class tickets is nine Euros. Flights to destinations outside Europe will be taxed at three Euros in Economy Class and 18 Euros in Business Class. French Transport Minister Élisabeth Borne said the tax would apply to all flights departing from France. Exceptions are to be made for connecting flights and air travel to the French Mediterranean island of Corsica and the French overseas territories. Minister Borne wants to invest the money from the environmental tax in more environmentally friendly infrastructures, including rail transport in particular. In Germany, there has already been an air traffic levy since 2011, which varies between 7. 38 and 41. 49 Euros per passenger. France is not the only country where air transport is the target of tax policy. In Germany, Federal Environment Minister Svenja Schulze had recently openly pleaded for an EU-wide eco-tax on airline tickets. Belgium has also proposed a Europe-wide levy on flights, and the Netherlands also supports such plans. A tax on airline tickets is also being debated in Switzerland. The Environmental Commission of the Council of States, the small chamber of the Swiss Parliament, wants to include a CO2 surcharge on airline tickets in the CO2 Act. Parliament, however, rejected the introduction of such a levy at the end of 2018.

Flight delays in June fell slightly:According to fvw, leading German travel trade magazine, the delays in German airspace amounted to 106 seconds per flight, 15 seconds less than in the same month of the previous year, according to the federal limited company in Langen near Frankfurt. In some federal states the summer holidays already started in June, in others it began towards the end of the month.

FTI reveals soaring summer sales and broadens individual holidays brand:FTI Group is claiming dramatic growth this summer despite weak overall demand in Germany and is expanding its ‘individual holidays’ brand for next winter, announced fvw. Germany’s fourth-largest tour operator (including last-minute brand Fünf vor Flug) has a double-digit revenue increase of 12 – 13 percent this summer, according to sales director Ralph Schiller, while customer numbers are up by a single-digit rate. This is far higher than most other leading tour operators who are seeing low growth at best for the summer 2019 season. CEO Dietmar Gunz said at the winter 2019/20 programme presentation in Berlin: “In contrast to the stagnating market trend, we have an increase. This is because our main destinations such as Turkey, Egypt and the Emirates, where we have our largest customer volumes, are seeing very good demand this summer. And with Cuba and Gambia we have two destinations that have been well-accepted.” After an “uneven” booking pattern in the first few months of this year, FTI also has good late sales, he added. “We are seeing that apart from singles and young adults an increasing number of families are booking spontaneously, despite being tied to school holidays.” For winter 2019/20, the Munich-based group is focusing more on individuality and flexibility to give customers a wider choice. The brochures have been completely re-designed in magazine style, with background information, customer reviews, and tips. The barely-readable price section, full of detailed price tables, has been scrapped in favour of simply giving price examples.

Thomas Cook close to unveiling Fosun rescue deal: According to Sky News, Thomas Cook Group is in advanced talks about a rescue deal that will see the company effectively broken up and its tour operating arm taken over by the Chinese owner of Club Med. Sky News has learnt that the world’s oldest package holiday company could announce as soon as Friday morning that it is close to reaching an agreement with Fosun Tourism Group and its lenders to recapitalise the business. If successfully completed‎, the restructuring of Thomas Cook will salvage the future of a company which has looked increasingly perilous in recent months. Banking sources said on Thursday night that the outline of the proposed deal would see Fosun – which is already Thomas Cook’s biggest shareholder – and the British travel company’s lenders injecting hundreds of millions of pounds of new equity and debt into it. Fosun would become the majority-owner of Thomas Cook’s tour operating arm while it would also own a minority stake in its airline division. EU ownership rules would prohibit Fosun from controlling the Thomas Cook airline‎ business. Bankers said that the deal under discussion also involved a substantial debt-for-equity swap, which would inevitably dilute the value of existing investors’ shares in Thomas Cook.

Initiative plans demo against cruise ships in Kiel: According to «Kieler Nachrichten», a local newspaper, on Saturdaya demo will take place against cruise ships in Kiel. On this day, the «MSC Meraviglia», the «Mein Schiff 1» and the «Aida Prima» will ship 12,000 holidaymakers in and out together. According to the “Kieler Nachrichten”, the «Initiative against Cruise Ships», which organises the demo, wants to «talk to people» about the campaign. A blockade of the ships, as at Whitsun, when the «Zuiderdam» of the Holland-America Line had been blocked for six hours, is not planned, it is said. Nevertheless, the Kiel seaport is worried. For example, port boss Dirk Claus had all notices with cruise ship departure times removed. No further information would be provided on start-up dates. According to the «Kieler Nachrichten», the website of the seaport has also been radically revised.

First underground hotel in Germany: AHGZ, the leading german hotel magazine stated that the Amo by Amano is, according to its creators, the first underground hotel in Germany. In Germany, Amo by Amano has now moved part of its facilities underground for the first time: The reception, the lobby, the breakfast restaurant and the Amo-Bar are located in the basement of the building. They are reached via an elevator or staircase through a glass pavilion in the inner courtyard.