The second Marseille edition of DITEX – which has 15 to its credit – took place on 27 and 28 March 2019, and is in line with last year’s edition. With more than 70 new brands present compared to 2018, the show shows a stable attendance. Change Desk draws a more mixed picture: «the contacts we had set up were all there. On the other hand, at the level of new encounters, it was rather calm. And then we didn’t see the network agencies that organized their convention.» He is not the only one to regret the lack of involvement of the networks that organised their convention as part of the exhibition. «They came by,» says this other exhibitor, «but they didn’t always stay.» TourMag

With Frédéric Mazzella, the Travel d’Or are going green

For the 11th edition of Les Travel d’Or, Frédéric Vanhoutte, founder of the event and president of Eventiz Media Group, put the emphasis on digital, but also on the environment. «There are no passengers on the Earth network, we are all crew members. Man must be the guardian of nature. A real introduction to the speech of the new president of the jury of the Travel d’Or, Frédéric Mazzella. After praising the fine efforts of certain players (Voyageurs du Monde, Salaün, Air France, AccorHotels, etc.), BlaBlaCar’s CEO defended the virtues of «sobriety» in consumption in all its forms, and ended with a promise: «Next year, we will go even further by awarding two new prizes: the prize for authentic travel, and that for respecting the environment. And these new awards will be presented by… Jean-Pierre Nadir. L’Echo Touristique

Brexit: the British will not need a visa to travel to Europe… even if there is no agreement

Good news for British travellers. According to a compromise reached on Wednesday between the European Parliament and the Council of the European Union, British citizens staying in the EU for short periods after Brexit will not need a visa to travel, even if no agreement is reached. This exemption will be applied subject to reciprocity on the part of the British authorities, and will be applicable in all Member States (except Ireland, which has its own bilateral arrangement with the United Kingdom) and in the countries associated with the Schengen area (Iceland, Liechtenstein, Norway and Switzerland), the two institutions have specified in press releases. L’Echo Touristique

Croatia publishes a new dossier to better sell the destination

The destination highlights its undeniable cultural assets, its gastronomy and starred restaurants, the wide range of outdoor activities for sports enthusiasts, adrenaline junkies and sailing enthusiasts. But also its many health centres and regions where well-being is king, not to mention its European Capital of Culture in 2020, Rijeka. This new destination folder can be viewed online at TourMaG.com. TourMag

The city of Nice confirms its place on the attractive MICE market with the award of a prize at the 8th evening of the France Congrès in Paris. Nice won the prize & Congress and European City for hosting the 26th edition of the EPA (European Psychiatric Association) congress which took place in March 2018 in Acropolis with 3,200 delegates. La Quotidienne

Spring holidays: one third of the French will go on holiday

According to the 32nd wave of the Mondial Assistance/Opinion barometer, departure intentions are on the rise this year with one in three French people leaving for the Spring holidays. 30% of them will stay abroad compared to 29% in 2018. For these holidays, 1 in 3 French people will go on holiday for an average of eight days. While French destinations are still favoured (69%), stays abroad are, as they are every year, more popular during this period. Thus, one in three holidaymakers will fly beyond the French borders and mainly to Europe (21%). Quotidien du Tourisme

Airlines: Amadeus sees the simplification of travel stages as a competitive factor

Ryanair is one of the top 10 biggest polluters in Europe

Ryanair entered the top ten European polluters in 2018. A first that the company would probably have done well without: until now, the top ten places on the list were exclusively occupied by companies, public or private, operating coal-fired power plants. According to analyses by the Brussels association, reported by the newspaper Les Echos, Ryanair’s CO2 emissions increased by 6.9% last year, propelling the company to 9th place in this ranking. This figure «reflects Europe’s inability to put in place effective measures to curb the frantic growth of aviation emissions, which does not pay taxes on its fuel and VAT on its tickets», says Transport & Environment. L’Echo Touristique 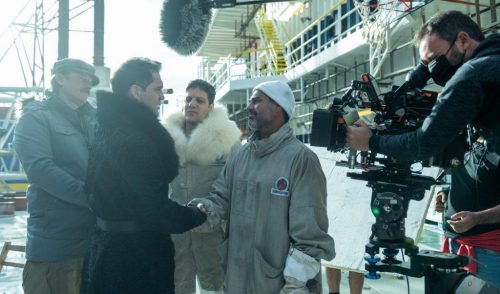